You guys! Today I was able to exercise alone. B went with his Grammy and Papa to run errands while I volunteered in J's class at school. I made it home before B, and J rode the bus home, so I had about 40 minutes to myself. I decided to use the last of the good weather, and my new cool-weather fleeced-lined pants and long sleeve workout clothes from TJ Maxx, to go on a run in my neighborhood.

The hills by my house are tough to actually run so I was able to get a good workout, even though it took me 30 min. to run 2 miles. The run was so enjoyable because I listened to an album I forgot I had. Not sure how I found out about them or if I even paid for it - may have been a Noise Trade find - but it was the best running music!

The words are so encouraging and the music was just the right beat. Now I'm not normally a rap/hip hop fan but having amazing theology in music is always a plus for me. The album is by Beautiful Eulogy called Instruments of Mercy. Seriously, if you need to be reminded of God's mercy in your life and/or get pumped up on a run, this is the album for you! Go find it and I hope it will encourage you to love God more!
written by Amy Gompert on Wednesday, October 29, 2014 1 comment: 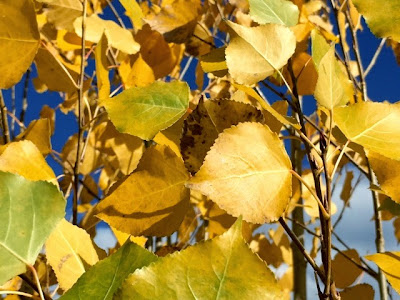 God is the one who gets the glory; somehow, He always will.

This month I've had a few conversations about God's will, "His plan for our lives", our spiritual gifts, and what we should do with the talents and gifts we've been given. I've also read 3 or 4 books this year - and many blog posts/articles - that have spurred me on "to love and good deeds." (Heb. 10:24)

Throughout that process, I've come to understand more clearly the part I have to play in God's story. Especially here, in this valley, where I live. I am more committed to Christ and Him magnified. 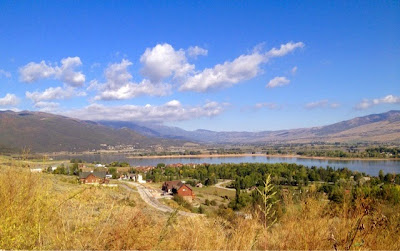 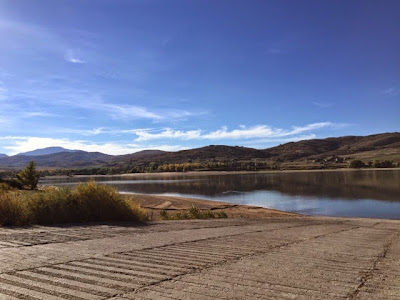 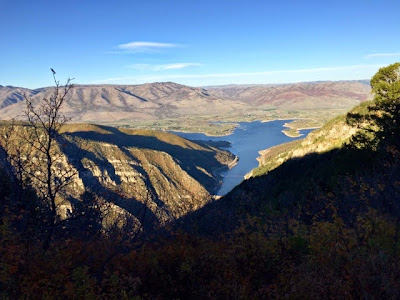 One of the talents God has blessed me with is the ability to worship through song. I am a worship leader (or lead worshiper as I like to think) and have been, on and off, for 11 years. 14 years of my life have been spent on a worship team of some kind in various ways. Through that time, I have learned much about myself and how I receive and show God's love to those on my team, and to the other worshipers in the room. I know how important a worship set can be for a visitor to our church or even to a long time member who is learning not to just go through the motions every week.

That said, I don't often "practice what I preach" and I can sometimes be left wanting for a more polished service or have even led worship sets where I have not really worshiped God. My preparation for the week may be the best I can do or I may have been lazy and not prepared a single song or practice until Saturday night and Sunday morning; yet God still gets the glory and He seems to work most out of my inadequacy. Most people can't tell when I'm unprepared, but a handful of us know  and I find myself giving in more deeply to God's leading on those weeks. 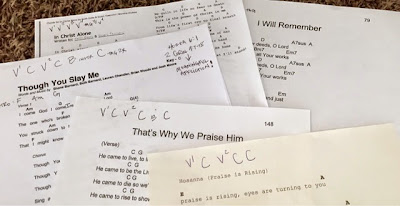 There is often a weight I feel when selecting the songs we will sing because I know from others and my personal experience that the words we sing on Sunday can carry throughout our week, year, and even lifetime. I have had a few friends comment on the songs we sing and how they impact their week and become "stuck" in their head. Part of me wants to take credit for the "good job" we did, playing the music well and choosing songs that reflect God's grace and truth - but it can only be God who impacts His people in such a way! He is teaching me that I am His instrument, used to show others His love.

I am so moved by worship music; which is why I assume others will be too. Some people are drawn closer to God in many other ways. But for me, if I'm out of sorts and need to be pulled back; I grab my guitar or even a put on a favorite album and turn it up. It is then, the words speak to my heart and help get my mind back on track.

One song has spoken to my heart in a deep way lately. So much, that I sang it in church today for others to be introduced to it's powerful message. Our church, Ogden Valley Community Church, may be small compared to others but we have a community that loves God and loves each other more every day. (1 Jn 4:11)  I am blessed to belong to such a group. I have been thinking a lot about suffering the past few months. Not that I personally have endured a "crisis" (as some call it) within the past year but so many around me are dealing with some very difficult issues. I know our little church is going through a lot together and I pray we are doing it well and for God's glory.

I'll not list the many afflictions we are experiencing but everyone goes through suffering. Our afflictions are not meaningless. The Bible has many passages explaining why we should rejoice in suffering and not be surprised that we endure it. (Rom. 5:3-5, 2 Cor. 4:16-18, Job 13:15,) It is difficult for me to explain so I'll let Shane & Shane and John Piper do it for me. They are a few of my favorite Christian artists/authors/influences. The link below is titled: "A Song for the Suffering" and the music video is,  "Though You Slay Me - featuring John Piper"

"Though You Slay Me" Shane & Shane with excerpt from John Piper (transcript found here, also embedded below)

I pray you will be encouraged to walk in faith and hope when suffering comes. You may be in the midst now or it may be past or more will come in the future and I know it is easier said than done. This world is fallen but Christ is all we need, He is enough for me.

I just finished reading the book of Isaiah for our year through the Bible with the "Bible eater" plan. I know there are a lot of Psalms that have been turned into praise and worship songs but through reading Isaiah, I noticed many verses that immediately brought more songs to my mind.

One of my favorite albums as of late is The Water & The Blood by Dustin Kensrue. He wrote a song based on Isaiah 53. It is so powerful. I included a YouTube video so you could hear the beauty of the song. So, check it out.


His appearance was so badly marred
He could not have been recognized
So disfigured, so beyond all human likeness
That we hid our eyes

He was stricken, and though pierced for our transgressions
He did not lash out
But was silent, like a lamb led to the slaughter
So he opened not his mouth

The many he has righteous made
And satisfied, his work surveyed
This man of sorrows evermore shall be

On high, exalted, lifted up
The righteous servant raised above
His mighty hand shall work the will of God