fiesta a la got coffee!

we went to got coffee today as we usually do. i was doing homework (and a little freecell) and pete was finishing his study for Bible study tomorrow. we walked in the door and there were streamers strung all around the room. we walked a little further and a sign read, "fiesta today at 4, pinata at 4:30!" turns out that one of the main employees is going on vacation for awhile so he threw a party! funny i know, but you have to know this guy to understand. i hope you all have a wonderful day, and don't be afraid to throw a fiesta if you need to.
written by AMY on Sunday, February 25, 2007 No comments:

the drive this morning

i drove to church by myself this morning. pete was at avalanche 1 class. anyway, as i was driving i was trying to pray, but i am distracted so easily. i drove out of the canyon and around the "bend" near pineview, and i saw such beautiful scenes. the mountains were covered in fog, as well as the lake, which looked like smoky glass because all the snow had been melted by the rain. immediately i thought, "i need a picture!" by the time i found a spot to pull over the most beautiful was gone, but i managed to snag this, 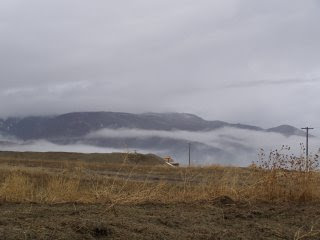 just driving and looking at the majesty of the mountains made me think of the passage in job. God is talking to job asking many questions, such as "where were you?" i used to think that was harsh of God, but it's true. God knows where the storehouses of snow and ice are (38:22). so today as you drive in the rain, be encouraged that God put it there on purpose, and he was and is there all the time.

"Where were you when I laid the foundation of the earth? Tell me, if you have understanding... Have you comprehended the expanse of the earth? Declare, if you know all this."
Job 38:4,18
written by AMY on Sunday, February 11, 2007 1 comment: 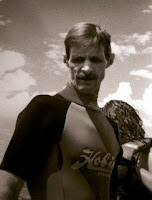 i want you to know that i pray for you and your family often.

i pray for you in your time of sorrow.
take care of your mom and know you are loved.
william turner
written by AMY on Friday, February 09, 2007 No comments:

think back with me to saturday, january 27th, 2007. i'm not sure what you were doing on that day, you could have been cleaning, sleeping, making cookies, playing broom ball, drinking beer, taking care of little children, homework, or work-work. any of the above were acceptable options. whatever you were doing, i know that those of us (all 6) who choose to play broom ball definitely had a good time. if you weren't there, i'll catch you up with some really good, yet dark, pictures. 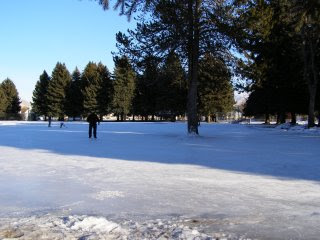 this is the ice rink in the park, complete with tree in the middle, used for running around 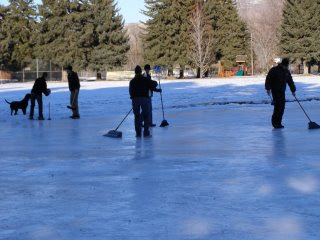 this picture is of the brave souls who participated: (left to right) london (dog), glendon, pete, carrie, andy, and fogg. i am the one taking the pictures so i will not be in any of them. 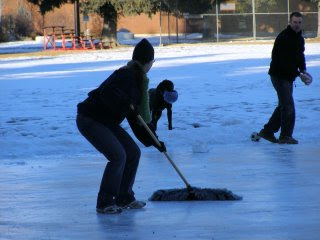 i told carrie to give me her best action shot, pretty good! 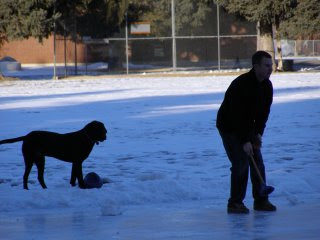 glendon and london were playing goalie, we didn't have enough brooms, so glendon found plungers for the goalies to use (they were brand-new). 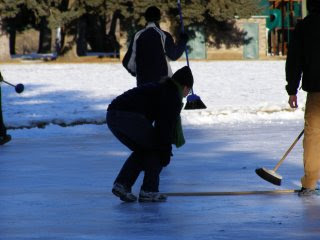 this picture is for carrie's parents. action shot, she almost fell down. it is to prove that she actually played broom ball on an outdoor ice-rink in the middle of a park in utah!

now you have seen the fun, we also went to the shooting star afterwards for a burger and a beer, it was good. so next month whatever is going on, you should come. it is always fun, whatever we end up doing. thanks to all who came and made it even better.
written by AMY on Thursday, February 08, 2007 3 comments:
Newer Posts Older Posts Home
Subscribe to: Posts (Atom)