Give What You Have

There are moments in my time as a mother where I have been teaching my children about God and His Word and have learned a great deal more about God than my children did. It happens most often when I am trying to talk about a sin issue with them and I have committed the same sin recently or when we are listening to songs or stories about the Bible.

I want to fill my children's minds with good and uplifting songs and stories. Often when we are driving to town, as we say, I will turn on Bible stories or Songs for Saplings.  We live in a valley area that has no stoplights and one grocery store so most stores we may need are about a twenty minute drive away. Over the years, I have enjoyed listening to NPR for various reasons, but lately the content is too heavy for the little ears of my children. It's not that I don't want them exposed to those issues, it's just that I would like to better introduce it to them and be able to talk with them about it in an age appropriate way. So one such instance came about and I needed to change the listening we were doing. I asked Siri to play Jesus Storybook Bible and the story that came first, because shuffle, was called "Filled Full." The story is from Matthew 14, Mark 6, and Luke 9 when Jesus feeds the 5,000 with a young boy's lunch of five loaves of bread and two fish. I love the version in the Jesus Storybook Bible. 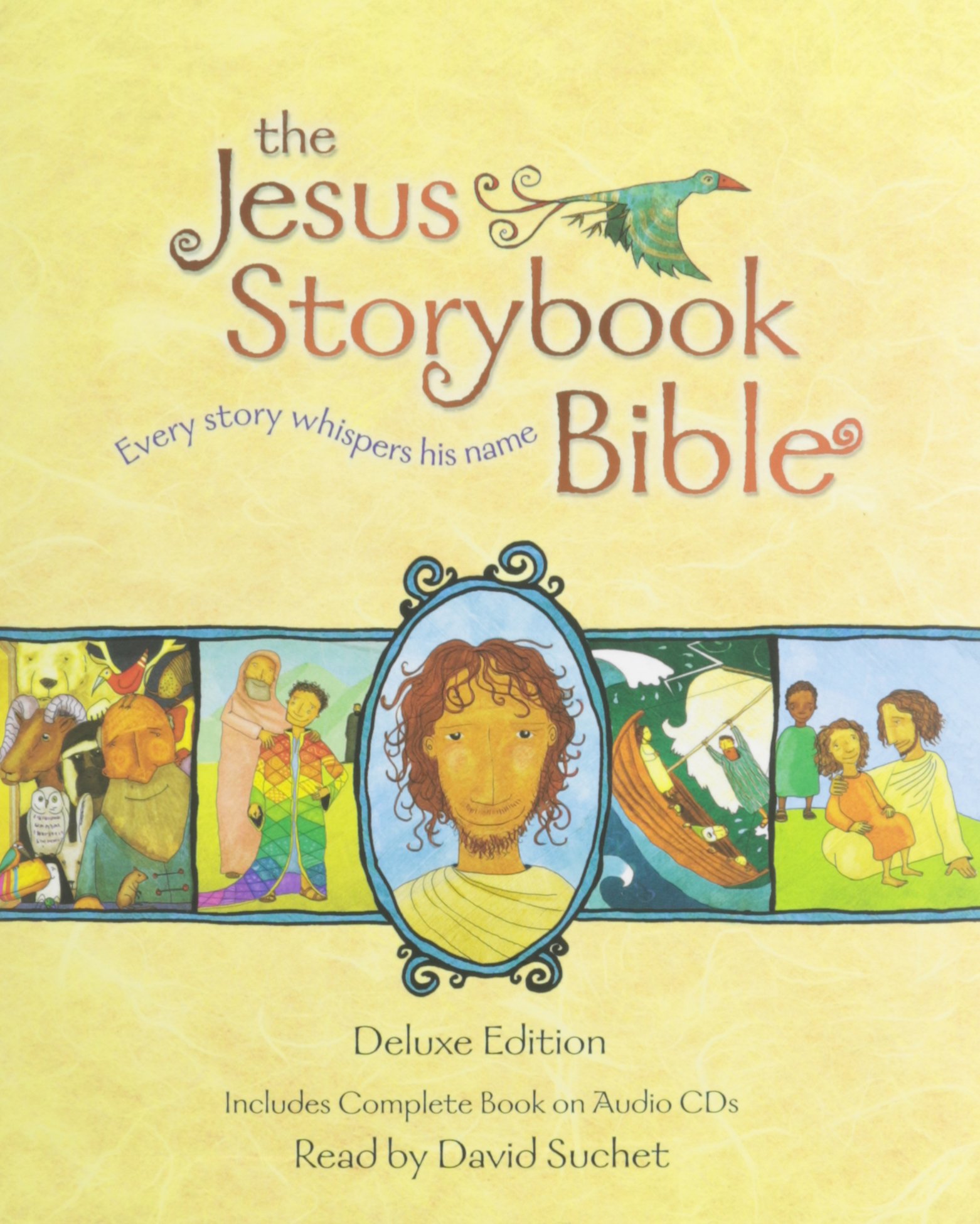 We purchased the "deluxe edition" of the Jesus Storybook Bible which is the hardcover storybook Bible with a set CD's that contain the stories as read to you by David Suchet. I love how he reads the stories. It brings the emotions to life so well that I have cried, while listening, multiple times. I have also cried while reading the stories to the kids because God's Word is amazing and Sally Lloyd Jones does an wonderful job of capturing the details.

The part of the story that grabbed me was this: after Jesus had asked them, "What do you have?" a little boy offered his small lunch - not because he knew it was enough, but because it is what he had.

"Jesus' friends laughed when they saw his little lunch. 'That's not nearly enough!' they said. But they were wrong. Jesus knew it didn't matter how much the little boy had. God would make it enough, more than enough. Jesus said, 'Bring me what you have.'"

As I was listening, it hit me: we need only to give what we have and God uses it for his glory.

I am often so concerned that I don't have enough skills or talents or money or kindness that I end up giving none. I shy away and think, "I can't fix this so I'll wait for someone else who can." I want my viewpoint to change, and I need to merely give what I have - because God has given it to me to be used by Him. I heard someone say once, regarding this story, that Jesus would probably have fed those people somehow. But how amazing for the boy who gave? He witnessed God's power in a direct way. I'm not sure if all the people there that day knew how the food was "made." But for certain, the boy knew. God had shown up and the boy simply gave what he could and God made it more than enough for His glory and fame.

May we be willing, like a little child, to give away what we have so Jesus can turn it into more than enough.
written by Amy Gompert on Tuesday, July 12, 2016 No comments:
Newer Posts Older Posts Home
Subscribe to: Posts (Atom)