I open the container and a delicious, familiar, smell overtakes me. Instantly, I am reminded of Christmases with my Grandma Beth and her caramel corn. From one smell, I close my eyes and I remember the Christmas Eve parties at Aunt Madge's. The terrible, yet inviting, red shag carpet; the fireplace that was double sided so it could warm two rooms at once. Hanging out upstairs with my cousins Tammy and Mark in the guest bedroom with the mirrored closer doors or down in the cold unfinished basement room - why it was fun for us down there, I'll never know. Grandma's caramel corn was always there.

On Christmas Day, the smell was there again. The giant bowl sitting on grandma's table - everyone grabbing as much or little as desired. The smell stayed with you throughout her house - probably stuck on our fingers because it was a bit sticky. Even the 1$ notebooks we always received as a "stocking stuffer" seemed to have a lingering stickiness in the days after Christmas. 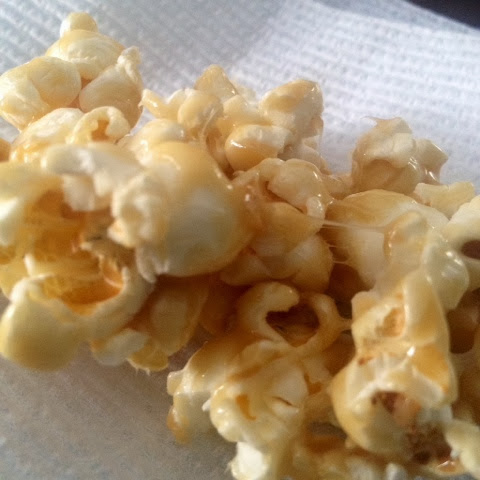 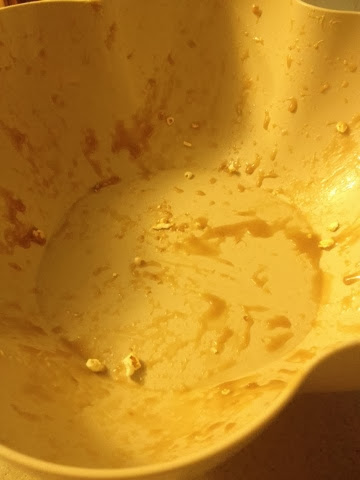 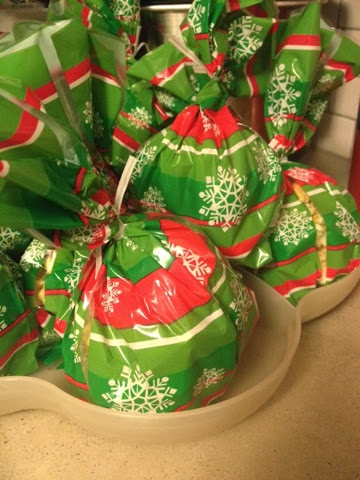 This year, I am continuing the tradition. A few years ago, my dad printed out Grandma Beth's recipe and gave it to us. This year, as a family, we are trying to SLOW the season and enjoy all the gifts God gives. So, I made time to make the caramel corn. It's not difficult - especially now that we have an air popper for the popcorn - but, in years past, I always found something else to take up my time. The process was completed easily during nap time and, even though one batch is without the vanilla, it tastes delicious and the smell is once again in my life. The smell that has many memories for me and now, I pray, will carry many memories for my children.

John 18:37 "Then Pilate said to him, 'So you are a king?' Jesus answered, 'You say that I am a king. For this purpose I was born and for this purpose I have come into the world - to bear witness to the truth. Everyone who is of the truth listens to my voice.'"


May you see and seek God's gifts and truth this Christmas season.

Well friends, the Madigans moved. "But why does that matter to you?" you ask. They aren't my immediate family, I'm not the one moving - though Pete did help. Well, I have a great many memories in that house, and this is my "ode to the house on Navajo Dr" (yes, I have their address memorized but didn't want to be the one to put it on the interweb, google earth already beat me to it.)

So, let's get started... there are pictures that coincide with the story, but I guess I didn't take any pictures inside their home...

I don't remember 1st time I visited the home of our youth pastor. My family and their family became fast friends shortly after their move, from Michigan, in 1999. Maybe it was a family dinner; shared between the 3Ms (Massie, Maddigan, and Merrigan families - we had a nickname, oh yes.) Maybe it was a Monday Night Football event hosted by the youth pastor.

I spent 10-12th grade and freshman year of college watching Monday night football in the basement; though I mostly did math homework or worked on the computer during the game. A small group of maybe 10-15 youth group kids - many of us siblings - would come over around 6:30 to watch the game and just hang out. I think it was P.T.'s way of being involved in more of our lives while still being able to watch the games - maybe this was before DVR?

I have a few vivid memories associated with the house. One rainy Friday, maybe 2001, I was driving to the Madigans to meet up with my parents, after a high school homecoming football game for which I was a cheerleader. I was pulled over near the hwy89 and Harrison blvd turn off for failing to yield to an ambulance that was turning left from Harrison to hwy 89 - thus the reason I didn't think to yield; we weren't on the same road. Well, later I found out the ambulance was going to help a friend, Thomas, who was going to a different football game with my friend Em, he had passed out at the Chevron across from Washington Heights. Anyhow, I was pretty shaken up when I finally arrived at the Madigan home.

Another time, I was over at the house with a friend my age and the 4 summer interns from youth group, two of whom were living at P.T.'s house that summer and all were 4 years older than us. I'm now realizing, P.T. and Dianne probably don't know about some of these stories. So we were making brownies "late" at night - it was maybe 9pm but as a 16 year old, I thought I was pretty cool to be hanging out with them. So the brownies finished baking and we cut into them, finding a whole egg yoke intact and hard as a rock. We had a good laugh and Julie fed it to Snickers, the dog. So it was uneventful to most people, but one of my vivid memories of the home.

Snickers was the Madigan's little dog. It was a dirty white colored dog with curly hair and a funny bark. It's hard for me to remember what it sounded like but I laughed at that dog all the time. I don't think he liked me much; but he was always hanging around.

The years passed and we had many events, mostly in the basement, at their home. I was in guitar lessons and they were sometimes held at P.T.'s home. I can still remember being freezing cold in their back game room with my mom's guitar and Matt and Suzy and Branden and whomever else showed up. Also in that back game room, I played Foosball. I first learned at church, but I was taught the "tricks of the trade" at P.T.'s house. The old table he had is now currently sitting in my basement - being played every now and then. I think being good at Foosball helped me show off for Pete, a bit, when we were first dating. I need to practice more and bring the tournament back to church for 2014!

We also had Bible studies in the basement. I remember sitting on the old worn-out couch, often sandwiched between Paul and Pat, they were twins, 6'5" red-heads from Oregon who played football with Brady at Weber State, so it was usually by choice :)
Many nights after "leaving" P.T.'s house, a different group of us would stand and talk in the drive way trying to decide if we should go home or go somewhere else. Many nights in summer, we just stayed by our cars and talked for probably an hour.

After I married Pete - who came highly recommended by P.T. - I attended a different church, and trips to the Madigan home were less frequent. But, maybe a year later through a series of events, P.T. became the teaching Pastor at our church in Ogden Valley and I was back to the Madigan household for Bible studies again.  This time, we studied Hebrews, and I sat in familiar chairs, even with a few familiar people from those years before. This time was different because I had my own baby girl! I remember the first time I quietly excused myself from Bible study and went into that same back room as before to change J's diaper. Suddenly memories of the many games of Oodles I had played (and lost) so many years before, came flooding back. It was a sweet moment - no matter the amount of poop explosion that had happened. Seriously, that girl seemed to have the most "blow-outs" at P.T.'s house.

I had now made the switch to the "grown up" BBQs upstairs while talking about the deep frier or kurig machine. Suzy became a friend and member of my worship team instead of Terry's little girl and Sarah's friend. Matt loved to hold BabyJane and they were fast friends. Being a grown-up in the Madigan household was a new role but the history of the memories I had in the home made it all the more sweet.

So as I reflected on the many memories I will miss in that old home on Navajo Dr. I can't help but look forward to the memories to come in the new house with the newest generation!

Thank you, Terry and Dianne for opening up your home to so many kids throughout the years. I know of a few lives, including mine, were greatly impacted because you shared your couch, and red vines, and pretzels, and cocoa. Glory to God because of His work through your family and your home.

The encouraging side of the internet

Yes. It's been a loooong time since my last post - which was written about March2013 but not posted until May - I get it; I'm not too great at this blog thing anymore. And Yes, there was a time when this was my primary means of sharing my life with friends and family via the Internet. Well, now I have Instagram and I enjoy the ease of posting a picture here and there from my phone much better than the complicated, "download pictures from my phone to my laptop then to blogger" alternative. The blogger app is just not that great (though it has been upgraded so I'll give it another try) and I'm up and about - not really around my laptop enough. So with the current set up I have, the blog took a backseat. Plus, my perfectionism tendencies got the better of me and I felt that I couldn't post another thing unless it was entitled "April 2013." So if you can't do it perfectly...don't do it at all. Yes, I'm going to be fighting that battle with my flesh until Jesus comes back or takes me home.

So that leads me here. This blog is still mine - and if I could figure out how to merge it with my real google account, I'd be much happier and also prone to more posting - I want it to continue to keep record of things for me and others who read it. Therefore, there will now be less organized, more random, and hopefully more often, posts for you to read. No more, "if I just post once a month in 2013" or "7 more posts until I reach 300 - maybe I could do it by the end of the year" or any expectations put on myself. So without further ado.... A few videos I found encouraging to me today: thus the post title.


The first link is a video discussion put out by The Gospel Coalition. John Piper, Matt Chandler, and David Platt talk about pain in their own lives and how their view of God helped and changed throughout.
God's goodness in your pain

The second link is a video set to a poem written by John Piper. It gave me such hope as to what life can look like if you view God as sovereign and glorious. Enjoy.
The Calvinist

The Calvinist, version 2 video with subtitles as read by John Piper. Also has a great article explaining the hope the video will bring to the viewers.